Via the interaction between scale, composition, and choice of material, Metropolis distinguishes itself as a lighthouse at the end of Sluseholmen. The building stands out as a special piece of architecture, which challenges both its time and the idiom that characterizes the other new buildings in the harbor area.

Metropolis is a new landmark of Sluseholmen and the ongoing urban development of the nearby harbor areas in Sydhavnen. The building, which stands more than 45 meters tall, is on an artificial peninsula where the end is marked by sheet piling firmly set in the underground. Even the ground floor has a spectacular view as the building rests on a four-meter tall foundation. An even more amazing view is accessible from the large common rooftop terrace as well as from the private rooftop terraces to which the largest apartments on the 11th and 12th floors have access, as these terraces belong to these residents specifically.

The construction is in billowing shapes in light blue fiber-reinforced concrete with windows as well as balconies shaped like oval holes. The blue fiber-reinforced concrete of the façade consists of white concrete, glass fiber, and marble powder. This shimmering surface of the material is untreated and will patinate over time to ultimately resemble the shell of a mussel; dark in the rain and light in dry weather. 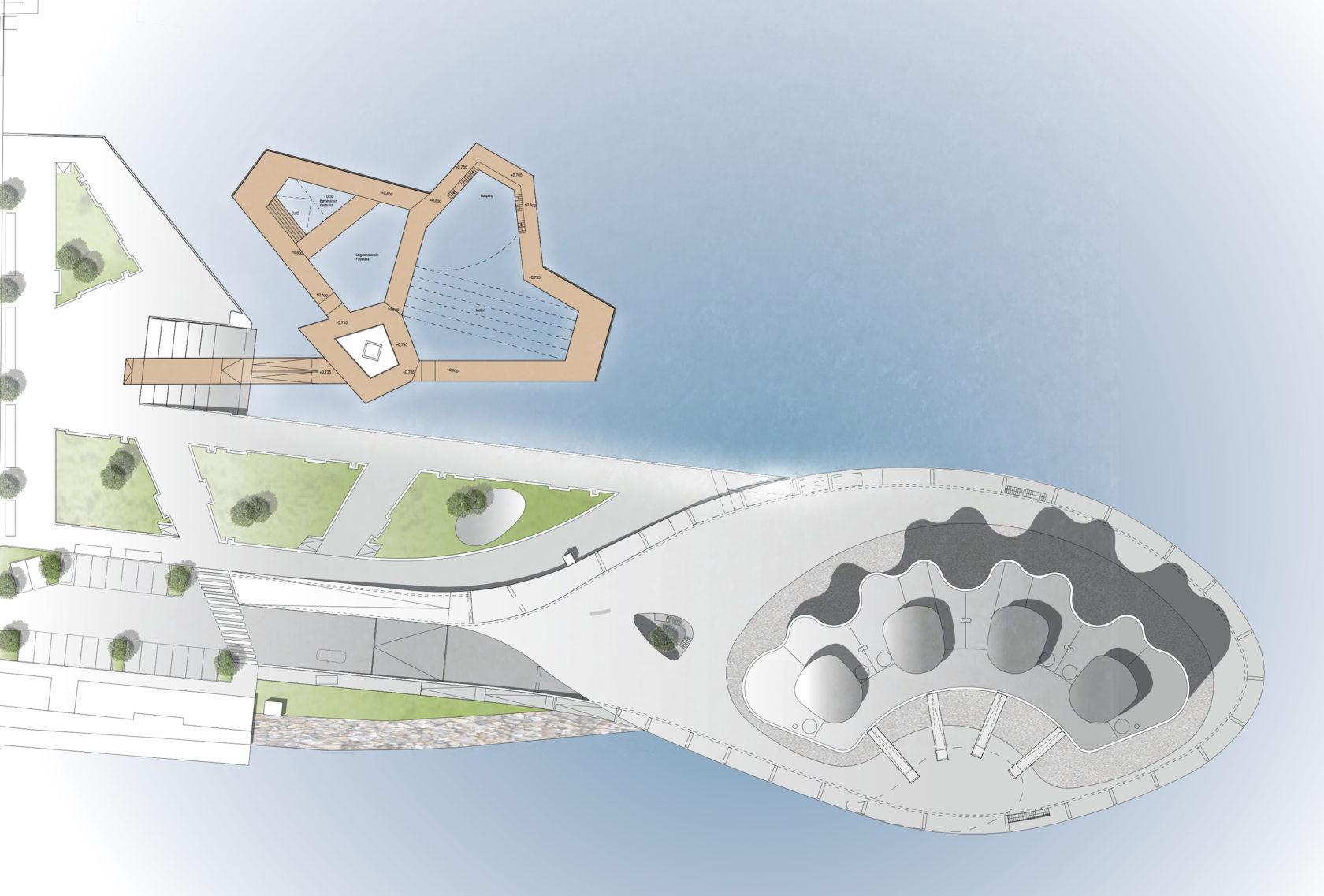 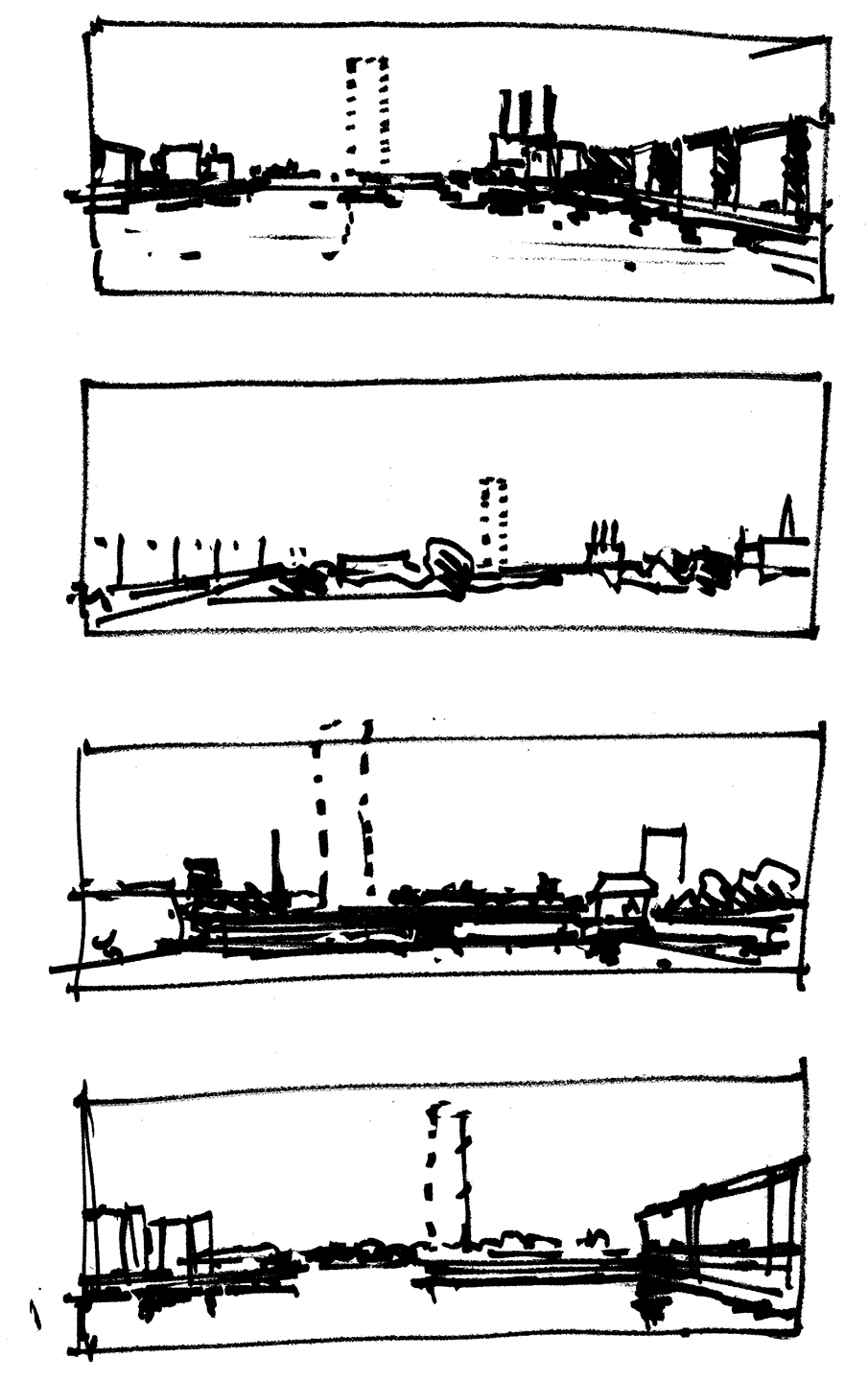 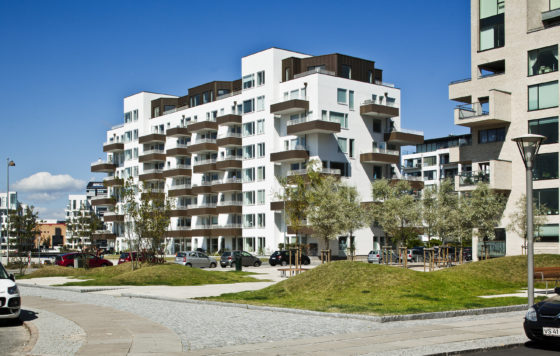 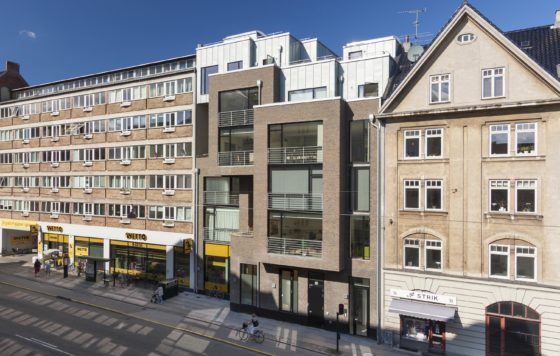 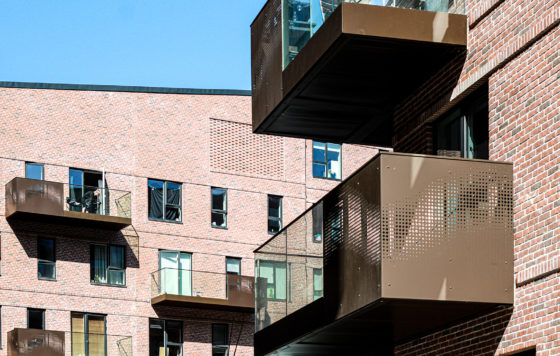 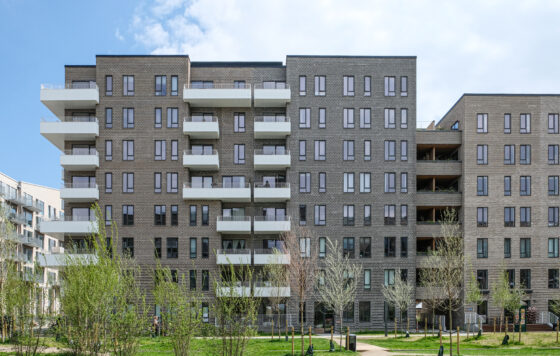 The bastion
See all